A Chamber Music Concert by one of Crescendo’s Ensembles:
Mientras me abraza–Baroque, Latino, and Folk Fusion

On April 8 and 9, the music organization Crescendo will present the first in a series of four concerts of vocal and instrumental music.

This first concert of Crescendo’s 2022 season is a program featuring chamber music with a “twist.” The repertoire featured and the instruments uses not only crossover into different genres of classical, folk and contemporary music, but they also break down the barriers between these genres and illustrate how very connected these different styles of music are.

The unifying element is the folk dance – from Poland over Spain to Latin America. Folk music and dance rhythms permeate classical music, and connect different genres and eras from the Baroque to present times. Polish folk music and dances influenced music by many Baroque composers, including some that are generally associated with serious sacred music, such as Johann Sebastian Bach and George Philip Telemann. The ensemble will present their own ar-rangements of three Baroque works, Telemann’s Suite Polonoise, and Bach’s famous Orchestral Suite in B minor, and his motet “Singet dem Herrn.” All are great examples of this fusion of styles.

Traditional Spanish, Polish and European dance music was influenced by the Folk music in Colonial Latin America. The ensemble will present their own arrangements of Mariachi tunes and other traditional dances from Mexico, Puerto Rico, Bolivia and Chile. Some of these pieces will be preceded by improvisations in Baroque style. Connecting the past and the present are two contemporary works, written in this decade and based on Latin American dances.

Dan Román, the composer of one of the contemporary works written for the ensemble, describes the fusion in the following way: “My piece is an attempt to meld two seemingly dissimilar musical traditions: minimalist music, and folkloric and popular dance music such as the Bomba, Plena, Salsa, and Mambo. These two traditions turned out to have great affinity to one another due to the use of layered rhythms and a sense of perpetual drive.”

The musicians who present these works will use an unusual combination of chamber instruments: Violin and per-cussion played by Job Salazar, Carlos Boltes with viola and charango, and Crescendo’s Founder and Artistic Director Christine Gevert, virginal and organ.

The concerts will take place on Friday, April 8, at 6 pm at Trinity Church Lime Rock, 484 Lime Rock Rd., Lakeville, CT, and on Saturday, April 9, at 4 pm at Saint James Place, 352 Main Street, Great Barrington, MA. Tickets are $35 (general seating), $60 (premium seating), and $10 (youth). All audience members, including staff, and performers must show proof of being fully vaccinated. Musicians, audience members, and staff must remain properly masked once inside the performance venue. These policies are subject to change. Access online ticket sales and the full Covid precaution policy in the most updated version on Crescendo’s website: www.crescendomusic.org.

Covid Prevention Policy (please read and agree to our complete policy when you purchase tickets):
Audience members, staff, and volunteers are required to wear a mask covering their nose and mouth fully when indoors. Performers may choose to not wear a mask, but are required to test daily during production week to keep everyone safe. These policies are subject to change.  Access online ticket sales and the full Covid precaution policy in the most updated version on Crescendo’s website: https://www.crescendomusic.org. 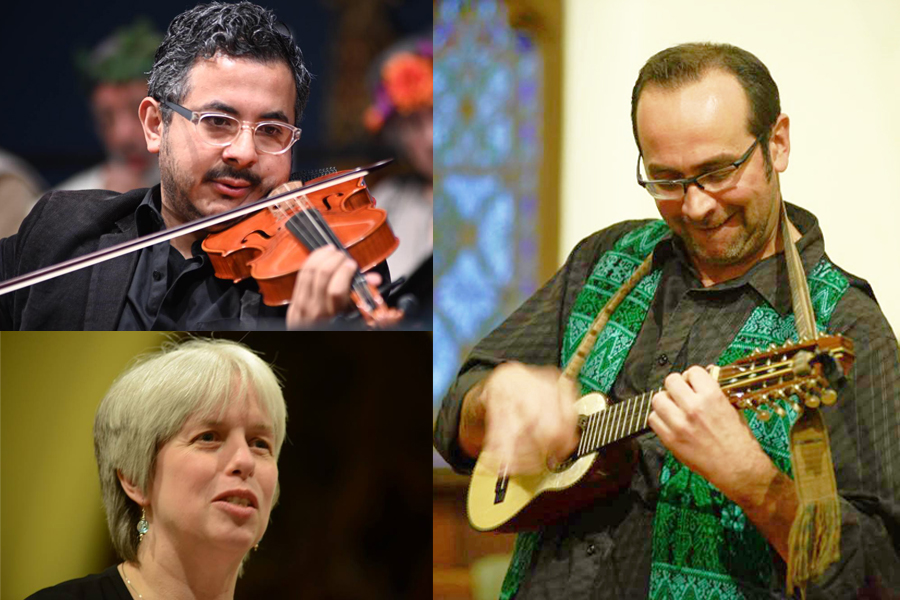 Mientras me abraza (While she hugs me)–Baroque, Latino, and Folk Fusion

Chamber Music with a ‘twist’: Polish folk music influenced music by J.S. Bach and Telemann, and traditional and contemporary Latin American works arranged for an unusual combination of instruments. 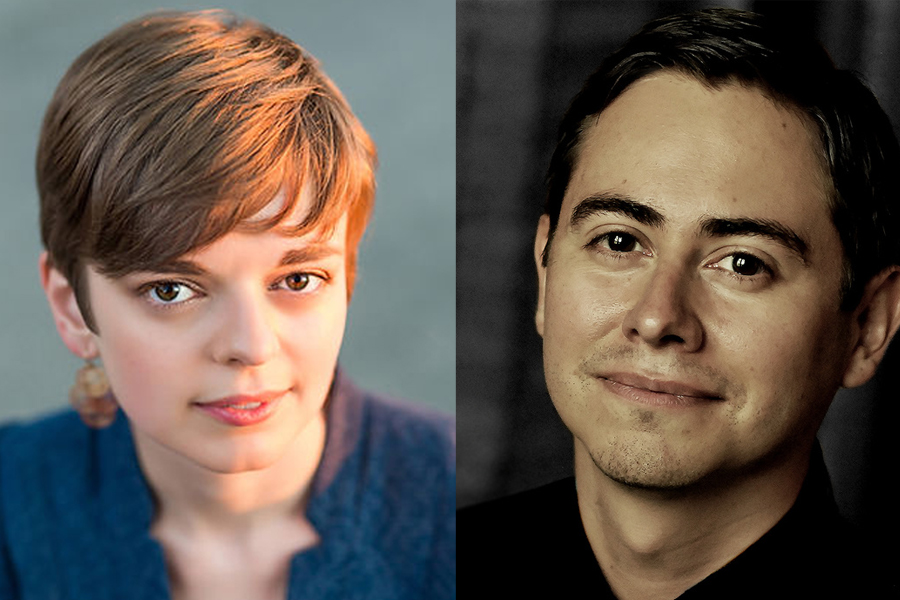 Italian Giacomo Carissimi tells the story of a human drama in one of the first oratorios. His twelve-voice mass of the Early Baroque is based on a famous medieval folk tune: “The Armed Man.” 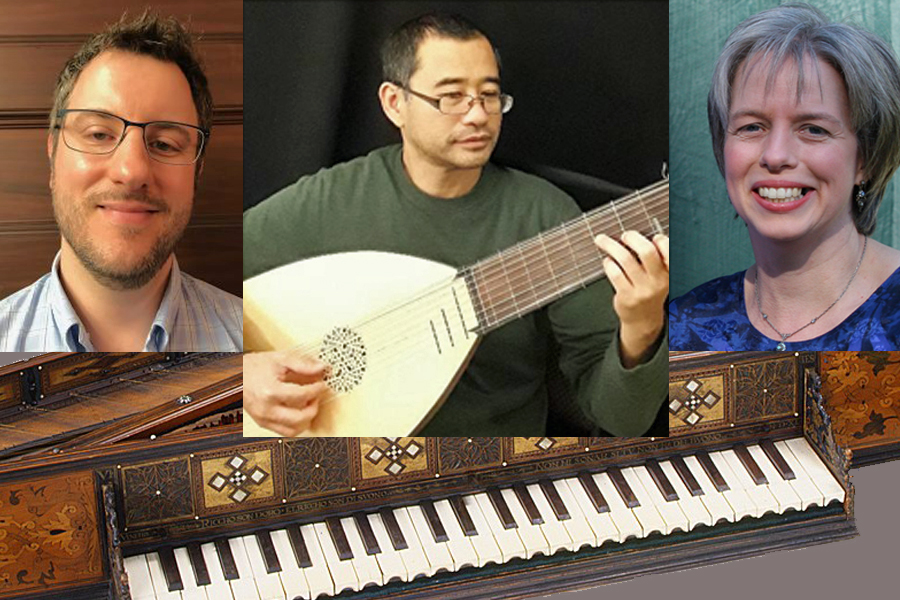 The Art of the Improvisation: Two Keyboards in Dialogue

At the center are Bernardo Pasquini’s sonatas for two figured bass lines, in which the performers are challenged to respond to each others’ impromptu improvisations. Also original works and arrangements by Alessandro Piccinini, Giovanni Gabrieli, Claudio Merulo and others. 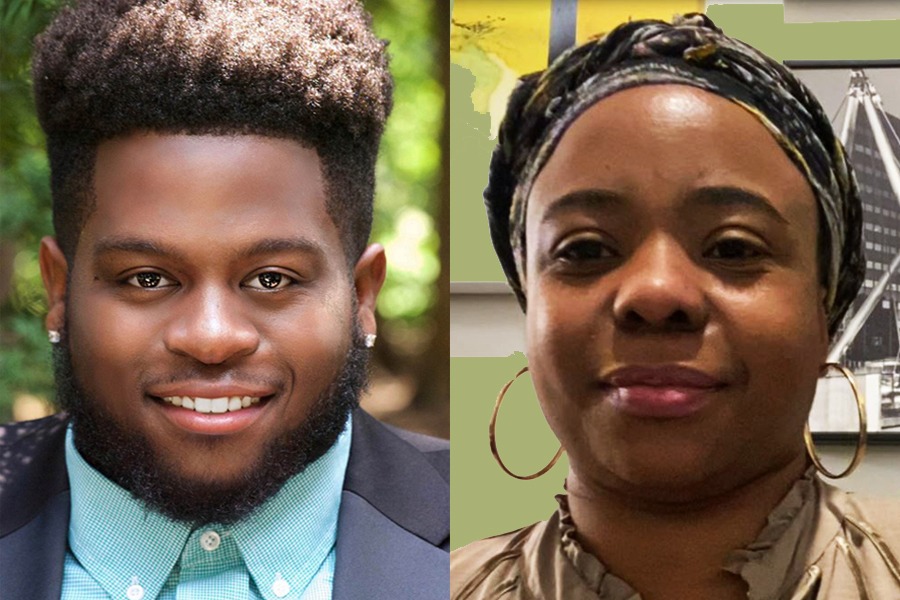