Now you can watch Crescendo’s concerts at home at any time with our virtual concert portal – Crescendo at Home – on Vimeo!

We want to keep choral and baroque music experiences alive not only during the pandemic, but also for your pleasure, comfort and for anyone who is not able to attend concerts in person.

Recorded in high quality audio by former Carnegie Hall engineer Leszek Wojcik, and filmed in high definition by Charlette Media Productions, we offer you an experience that is similar to being there in person. It even brings you closer to the performers than you ever would in a live concert.

Each concert video is $5 to purchase and gives you unlimited viewing opportunities to watch at your convenience.

Watch and share with your family and friends!  Subscribe to our e-Newsletter for news on upcoming Crescendo at Home programming. 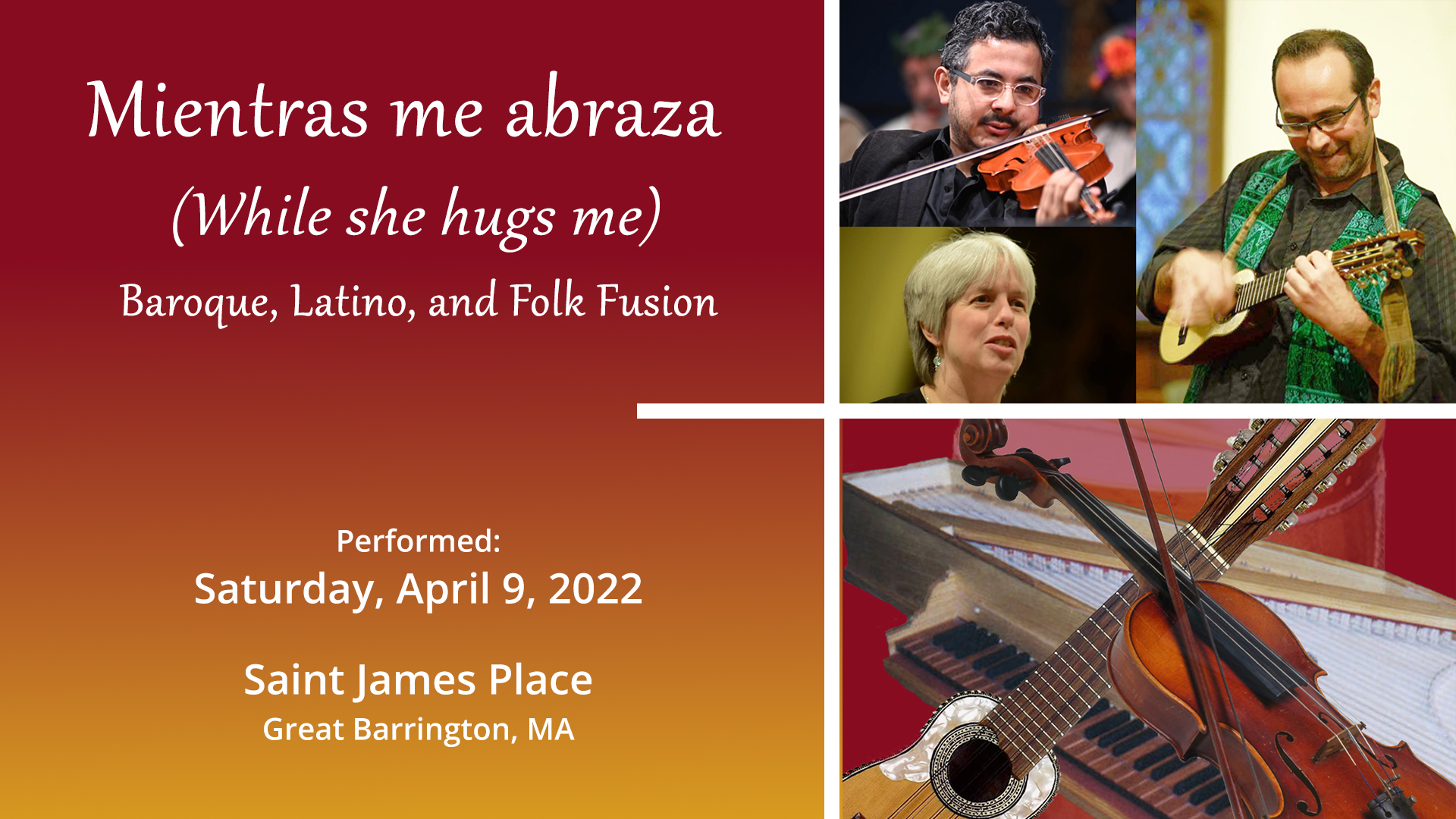 Chamber Music with a ‘twist’: Polish folk music influenced music by J.S. Bach and Telemann, and traditional and contemporary Latin American works arranged for an unusual combination of instruments. 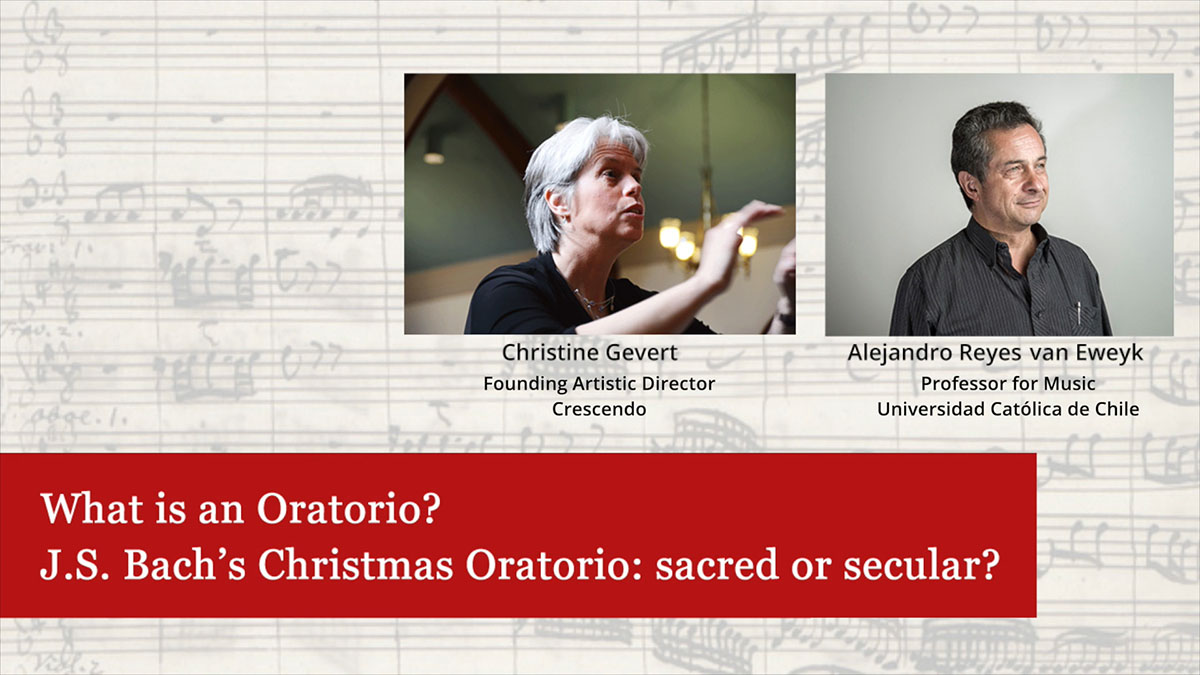 What is an Oratorio? And – J.S. Bach’s Christmas Oratorio: sacred or secular? 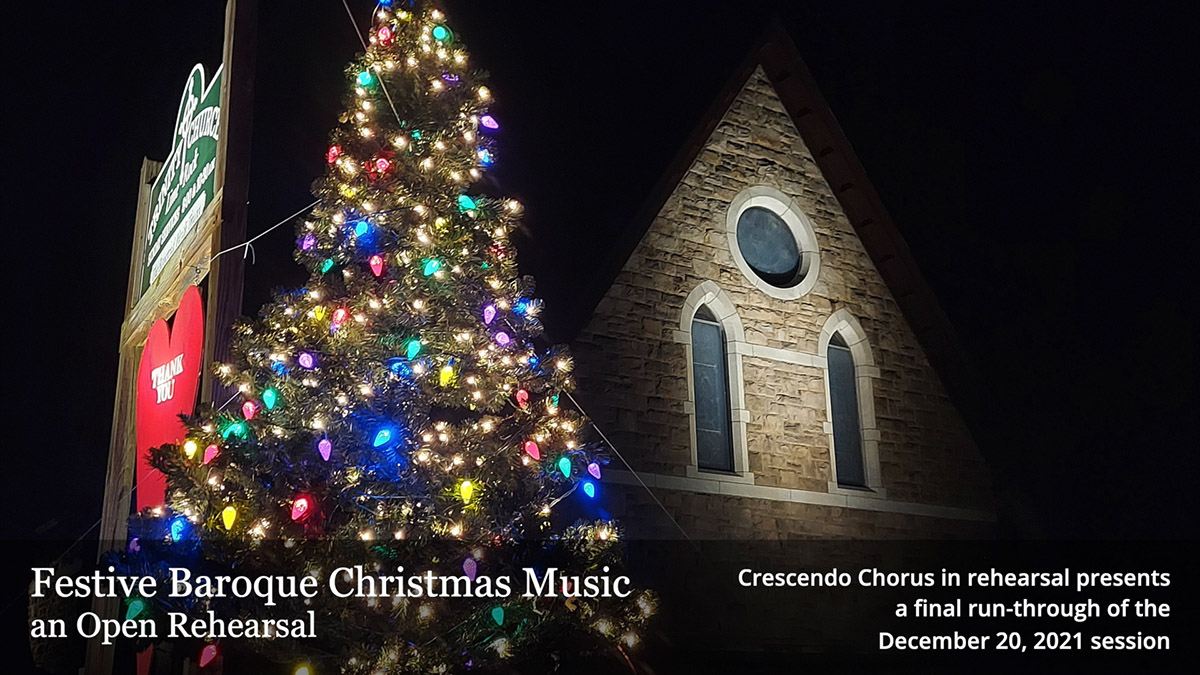 An Open Rehearsal
Crescendo Chorus in rehearsal presents a final run-through of the December 20, 2021 session 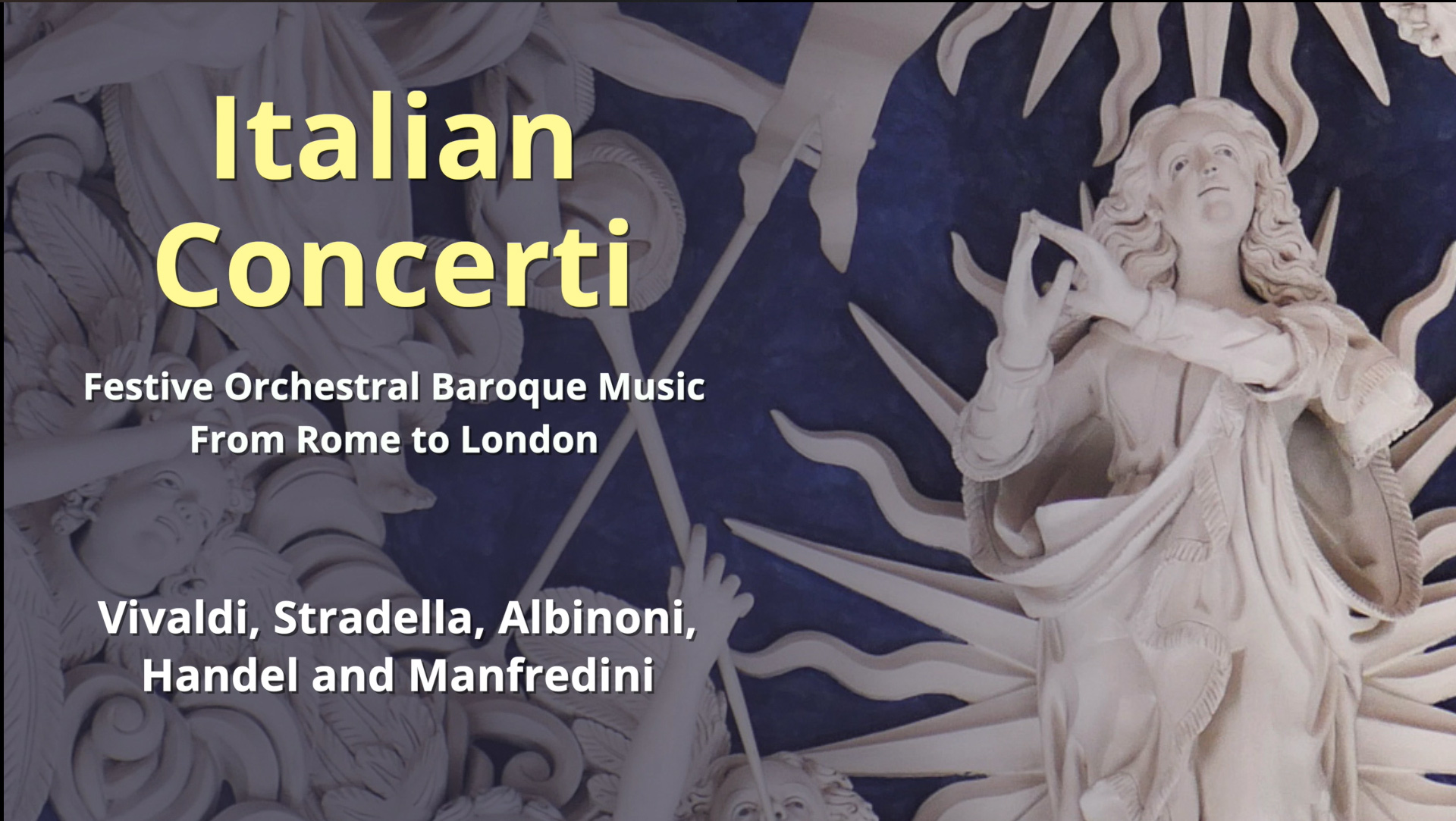 The concerto form was popularized by Rome-based composer Arcangelo Corelli, and in the first part of the 18th century it dominated Italian instrumental music. Violin virtuosity reached a new height around the year 1700. Composers like Corelli, who was a virtuoso violinist, were the first to enjoy international recognition for their strictly instrumental ensemble works at a time when vocal music—mainly opera—was still predominant in Europe. Another giant of the Baroque, Antonio Vivaldi, also was an outstanding violin virtuoso, and he composed many works for strings and solo instruments. His playing was said to be so exhilarating and daring that a contemporary described himself as “terrified” when he heard it. Handel’s concertos were composed for performance in the intervals of his own oratorios.

Neither Louis Armstrong nor Miles Davis would have become such giants of trumpet without composers such as Torelli, Corelli and Vivaldi, who developed the repertoire for this instrument in their Baroque trumpet concertos. Our program features some of the most beloved works by these composers. Often associated with festive and splendorous celebrations such as coronations and Christmas, these are real “feel-good” pieces, offered to our audience in the troubled times of the pandemic. 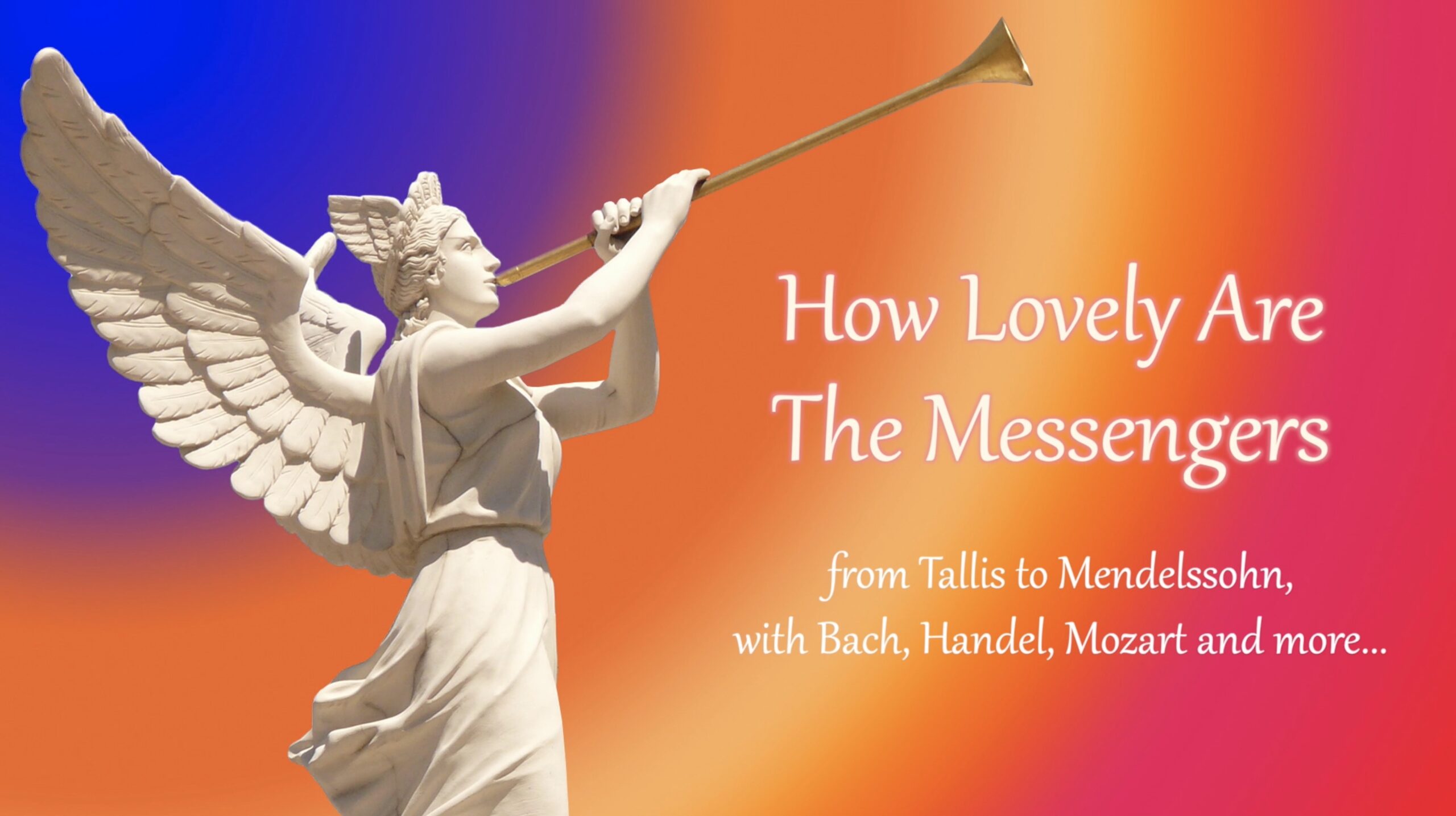 How Lovely Are the Messengers

Designed to comfort and uplift our audience members and all of Crescendo’s friends after the long absence of live concerts, this is a program for lovers of choral music. It features some of the most beloved and popular motets, anthems, and movements of famous choral works from composers such as Mozart, Bach, Handel, Vivaldi, Mendelssohn, Tallis, Stainer and others. These are the melodies, harmonies and lyrics that you probably grew up hearing on special and festive occasions 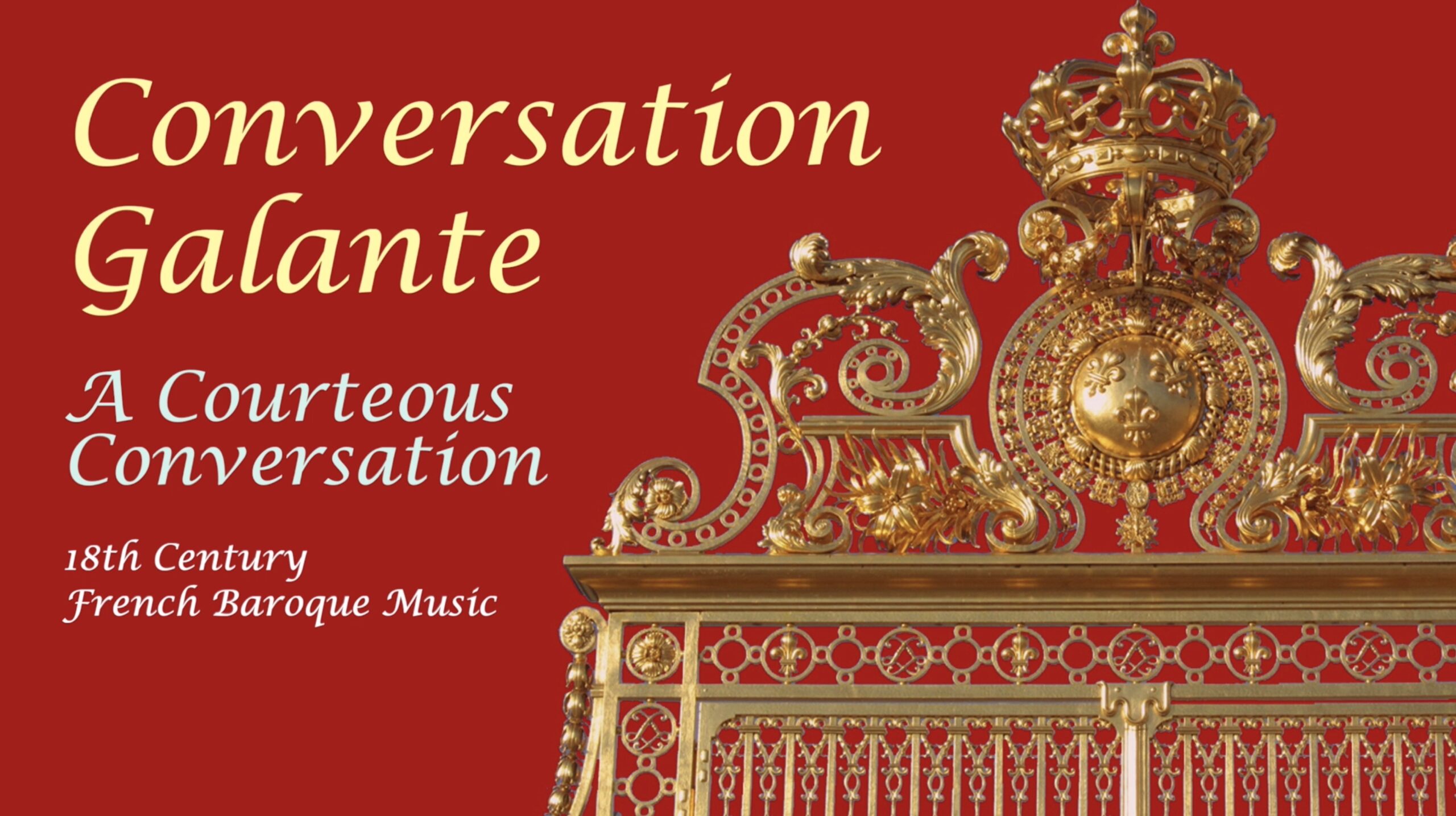 This program explores the flute repertoire of the golden era of early chamber music by French composers of the first half of the 18th century, when Paris was the cultural center of Europe. At that time, the Baroque flute became the most popular wind instrument. The program showcases some of the most sophisticated and graceful flute solo and ensemble works by François Couperin, Joseph Bodin de Boismortier, Jacques-Martin Hotteterre, and Michel Pignolet de Montéclair.